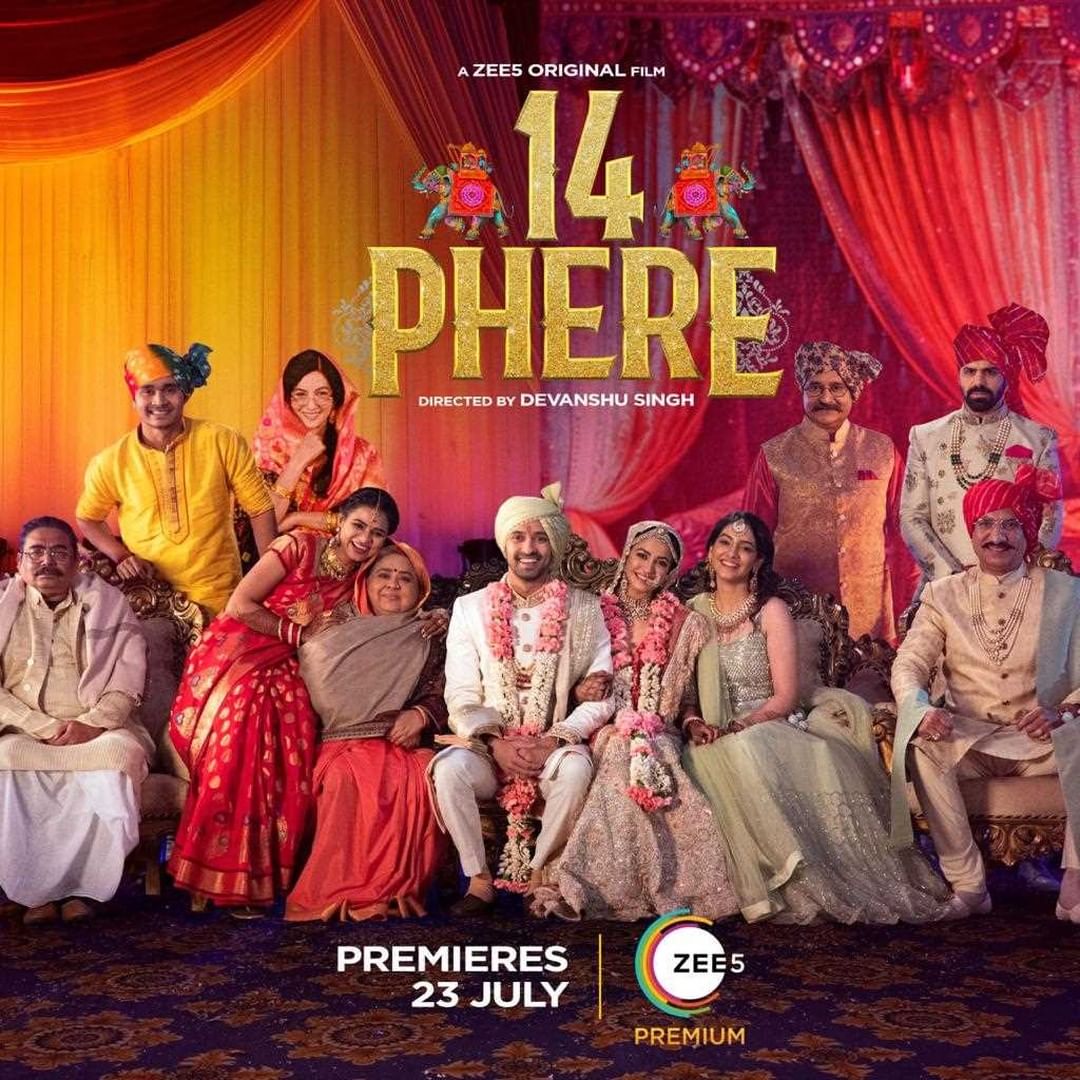 Here to tickle your funny bones are Vikrant Massey and Kriti Kharbanda with 14 Phere on Zee5. Here’s everything you need to know about this new comedy of mistakes, releasing today.

Directed by Devanshu Singh and written by Manoj Kalwani, 14 Phere promises double the fun and double the fun with its comedic factor, presented by OTT OGs Vikrant Massey and Kriti Kharbanda.

Sanjay is a Rajput boy from Jahanabad, an infamous place for honor killings. He is in love with his college girlfriend, Aditi (Kriti Kharbanda) from Jaipur. She is a Jat and has a father and a brother who would do anything to protect the honor of their family. Whatever the dangers to their lives, Sanjay and Aditi are determined to marry. Their project? To get a set of fake parents who will perform their ceremonies seamlessly. But when did a planned proposal in an Indian setting go according to plan?

ALSO READ: Everything about Haseen Dillruba on Netflix

The idea proposed by Sanjay is simple: to project Aditi as a Rajput girl to the parents of Sanjay and to represent Sanjay as a Jat boy to the parents of Aditi. Therefore, two weddings are planned, after which Aditi and Sanjay plan to flee to the United States.

Vikrant Massey is famous for playing versatile roles. It was last seen in Haseen Dillruba. In 14 Phere, he plays the role of Sanjay, who loves his college friend Aditi. Him, being a Rajput and Aditi, being a Jat, their marriage seems very unlikely. It comes up with a detailed plan to fake each other’s parents for real parents to approve marriages.

Kriti Kharbanda is a popular South Indian actress who was last seen in the original Zee5, Taish. Here she plays the role of Sanjay’s girlfriend, who has a family that doesn’t believe in love marriages. She helps Sanjay work on the plan to get the parents to agree to their marriage.

Gauahar Khan, aka Zubina, plays the role of a stage actress who calls herself “The Meryl Streep of Delhi”. She is hired by Sanjay and Aditi to play the role of their fake mother.

Cast, Plot, Trailer & How To Watch