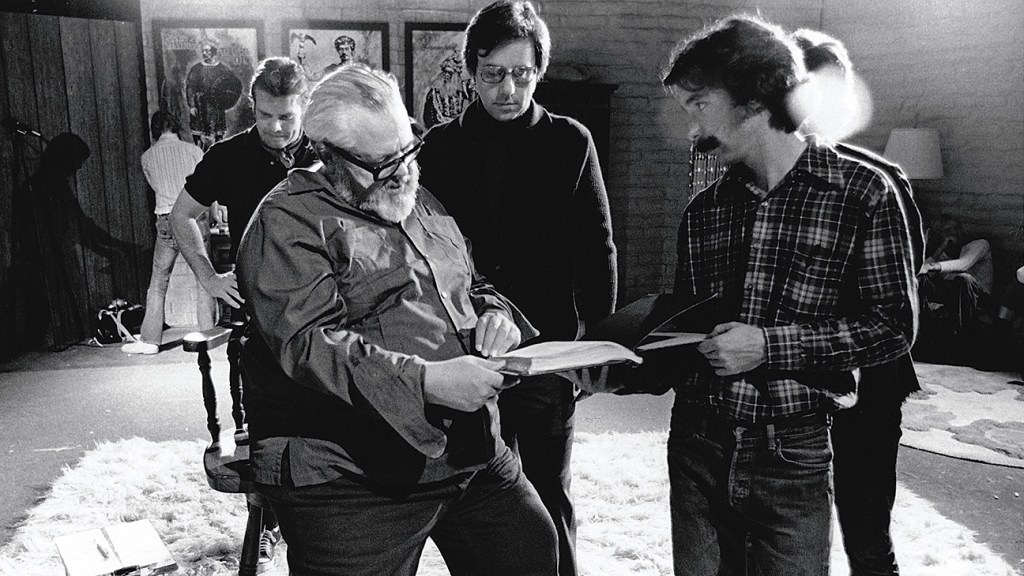 This story first appeared in the April 24 issue of The Hollywood Reporter magazine.

In the summer of 1970, Orson Welles started filming The other side of the wind, on an aging director (played by John huston) return to Hollywood to take one last big photo after a self-imposed exile. Welles thought he could shoot the film in eight weeks; it took six years. He was still editing it when he died in 1985 – but to be fair, Ayatollah Khomeini, claiming that revolutionary Iran owned the film because the Shah’s brother-in-law was an investor, had it impounded in Paris in 1979.

Journalist Josh karp tells this wild story in the most entertaining Orson Welles’ latest film: The Making of The Other Side of the Wind, one of the first contenders for this year’s best book on Hollywood. Let’s start with the cast of characters: Welles, his mistress Oja Kodar, Ernest Hemingway, Pierre Bogdanovich, Dennis hopper – catch your breath, it’s not over – Paul Mazursky, Pauline Kael, Steven spielberg, Clint eastwood and more. Add an array of great stories (some more familiar than others, but all brilliantly told), including Hemingway and Welles’ first meeting in 1937, when they cursed each other, fought and then collapsed with laughter. before the idiocy of their macho bravado, sealing a friendship that lasted until Hemingway’s suicide in 1961. Karp also eviscerates the famous New Yorker criticizes Kael for stealing a USC professor’s research and twisting it to argue that Herman Mankiewicz wrote most of the Citizen Kane.

The author has a sense of the words, comparing Welles on set to the Wizard of Oz, “both true and false at the same time”. But there is also substance here: Karp cleverly places Welles’ lost project in the context of its time, casting a sideways look at the pivotal era of great young American authors that were the 1970s.

The other side of the wind has never been published, because Beatrice Welles, Kodar and the shah’s sister had rights to it. With the centenary of Welles’ birth approaching May 6, the parties reached an agreement in late 2014 for a release slated for summer 2015, with Bogdanovich completing the cut. The jury is out on whether the film is a masterpiece or a disaster, but the verdict on the book’s “making of” is clear: it’s a winner.