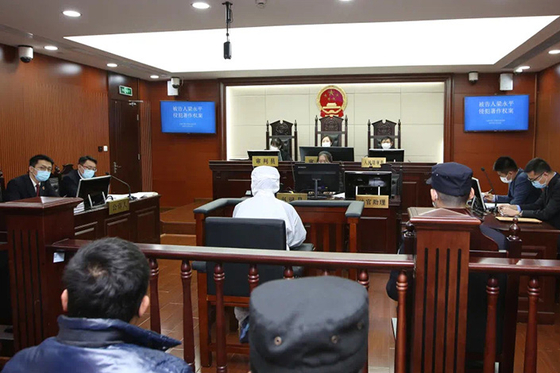 Founder of China’s largest captioning site Renren Yingshi was sentenced to three and a half years in prison after being convicted of pirating more than 30,000 Chinese and foreign TV shows and movies, ruled Monday a Shanghai court.

Liang Yongping was also fined 1.5 million yuan ($ 234,915) for copyright infringement (link in Chinese), according to a statement released by the Shanghai No.3 Intermediate People’s Court, which issued its ruling after hearing his case.

The court ordered the confiscation of all illegal earnings and the seizure of related personal property, the statement said.

In January, Liang was detained by Shanghai police at his home. In early February, the authorities announced at a press conference that 14 people working with Renren Yingshi, also known as YYeTs.com, were arrested in the event of suspected copyright infringement.

“Renren can never be resumed or restarted because we cannot resolve the copyright issue,” said an article posted Monday on its official Weibo account. He did not name any company executives.

Renren said “It is unfortunate that the development and maintenance staff were involved. “

As of Tuesday afternoon, Renren’s website was still available, although no link was provided to download videos.

According to Monday’s statement, Liang has established two companies since 2018, hiring several technical and operational staff to develop Renren’s website and mobile applications.

Some workers organized others to download film and television works from foreign sites without permission, then translate, repackage and upload to the website and apps, where customers can view and download them, according to the press release.

Renren’s website and apps hosted a total of 32,824 unlicensed TV shows and movies, with paid members reaching 6.8 million, the statement said. Through this business, Renren has illegally earned more than 12 million yuan since 2018, the statement added.

Founded in 2003, Renren has grown into one of the most influential providers of subtitles for foreign language content. Authorities said it has more than 8 million registered users worldwide.

In 2014, its website was temporarily shut down after the Motion Picture Association of America blacklisted Renren as one of the world’s worst sources of online piracy.

To download our app for getting late-breaking alerts and reading news on the go.

To have our free weekly newsletter must read.

You have accessed an article available only to subscribers