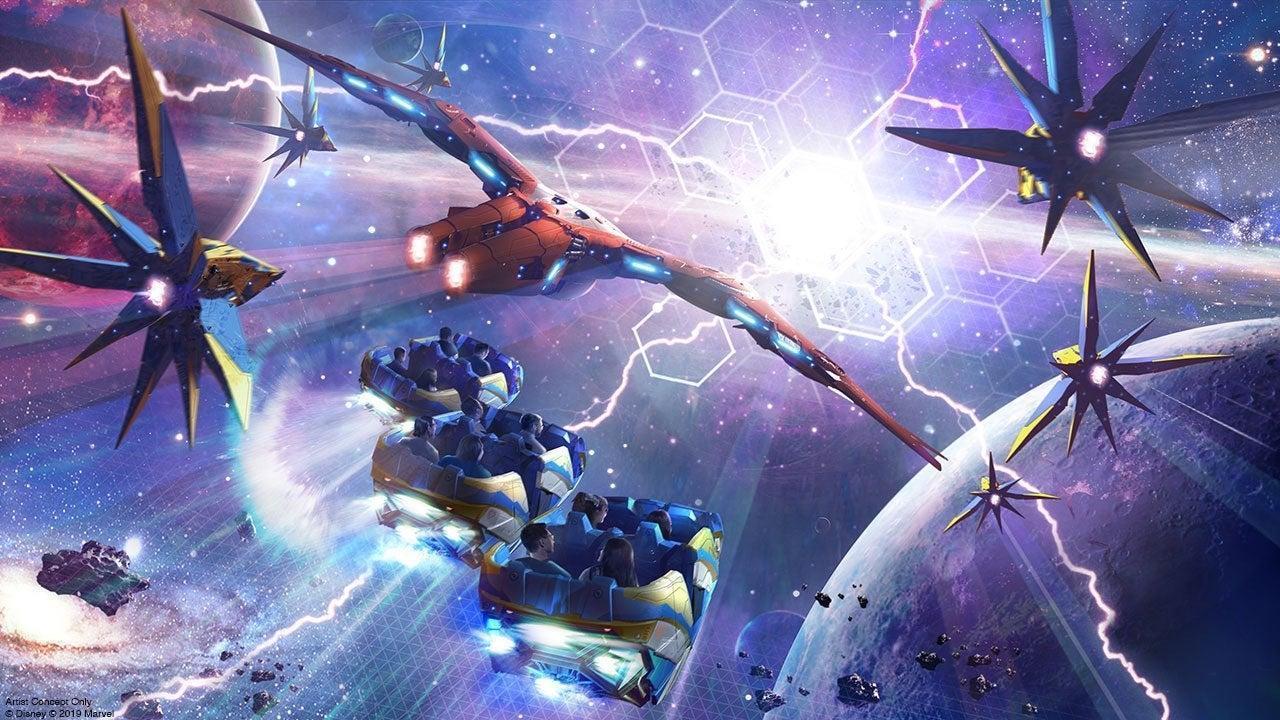 Guardians of the Galaxy: Cosmic Rewind is the first Marvel ride to appear at Walt Disney World Resort and will be located in the all-new “Wonders of Xandar” pavilions which showcase some of the futuristic technologies used by the Nova Corps in the movies. The ride itself contains several innovations that make it unique from other Disney roller coasters. It’s a 360 degree “storycoaster”, so runners can follow all the action as the misfit guardians of the galaxy try to save the galaxy. Additionally, the ride features the first reverse launch on a coaster in Disney history and is one of the longest closed coasters in the world.

The ride is part of a major EPCOT renovation that kicked off in 2019 ahead of Walt Disney World Resort’s 50th anniversary. The area around Spaceship Earth is undergoing a major renovation (which includes the new Guardians of the Galaxy Armory) and will be divided into three distinct parts. While World Showcase will remain virtually unchanged, the France pavilion will host the new Remy’s Ratatouille Adventure ride, which will open on October 1. An attraction based on the blockbuster movie Moana is also scheduled to open next year. EPCOT also opened a new signature store, Creations, as well as a new revisited version of Club Cool. A new restaurant, Espace 220, also recently opened in the park.

More details on the new ride will be announced closer to its official opening next summer.