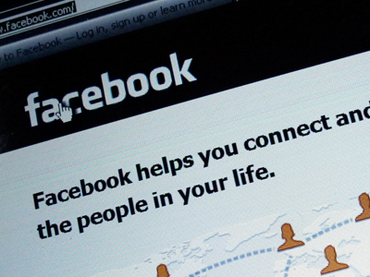 A spokesperson for the world’s largest social networking site has clarified the reason for the brief censorship of Kirk Cameron’s film “Unstoppable” website.

Michael Kirkland, communications manager for Facebook, told the Christian Post that links to the film’s site were briefly blocked last week due to an error in their spam system.

“From what we can tell, the address purchased for the film was previously used as a spam site and had not yet been updated in our system,” Kirkland said.

“We were in direct contact with Kirk’s team about this and reversed the block as soon as we confirmed the address was no longer being used for spamming.”

In an official statement provided to CP by Kirkland, Facebook explained that it uses “automated systems” to protect the hundreds of millions of accounts on the social networking site.

“These systems are so effective that most Facebook users will never encounter spam. However, they are not perfect and, in rare cases, they make mistakes,” the statement read.

“This link was blocked for a very short time after being wrongly identified as a potential spam or malware site. We are learning of rare cases like these to make our systems even better.”

Last week Kirk Cameron, a TV and movie star known for his evangelical Christian beliefs, posted a link to a website for his recent film project “Unstoppable”.

Cameron told his 653,000 Facebook fans on Thursday that links to his new movie were blocked.

“Facebook has officially ‘blocked’ me and you (and everyone) from posting a link to my new movie on UnstoppableTheMovieDOTcom, labeling the content as ‘abusive’, ‘dangerous’ and ‘spam’,” Cameron posted.

“This is my most personal film about faith, hope and love, and why God allows bad things to happen to good people. soon by sharing this post with your friends so that more people can see this transparent and constructive project. “

Cameron reported on his fan page on Friday that the issue on Facebook and YouTube had been resolved. The former child star attributed the solution in part to fan outrage at the blockade.

“Because of your firm, loving and clear voice, not only did Facebook greet us again, YouTube also removed its block on our trailer for Unstoppable. We’re back online with full access,” said Cameron.

“Now let’s make sure that NOTHING is preventing IMPOSSIBLE from coming to a theater in your town on September 24th. Buy your tickets today. If we sell all the seats in your neighborhood theater, NOTHING will be able to stop it from happening. ‘play it. “

A representative for Kirk Cameron told the Christian Post that due to his schedule, Cameron was unable to comment on this story until press time.