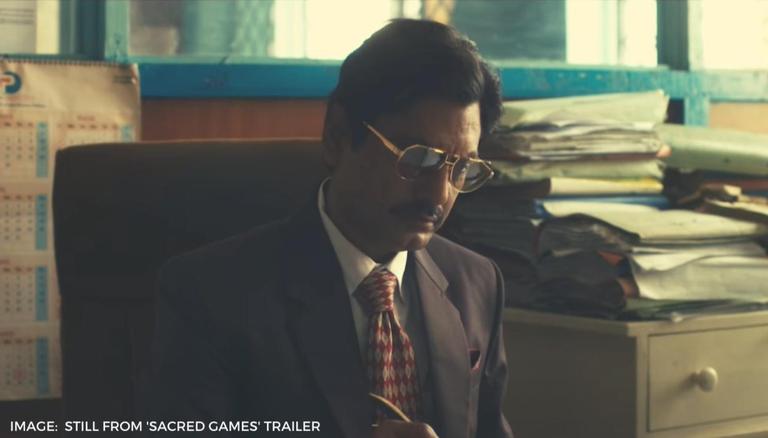 Guess the movie / show based on its character

Nawazuddin Siddiqui has played many memorable roles in his career and captured the hearts of his fans with his phenomenal acting skills. The actor started his acting career trying out small roles in films and was later chosen as the lead artist in several films and TV shows. On the occasion of Nawazuddin Siddiqui’s birthday, take his quiz and guess the name of the film based on the character description.

The quiz of Nawazuddin Siddiqui

1. The actor tried out the role of a Pakistani journalist in the film who later helps the protagonist fulfill his mission. Name the movie.

2. Nawazuddin Siddiqui played the role of a powerful politician active in the state of Maharashtra. Name the biopic.

3. Nawazuddin played the role of a gangster named Mahender Fauji in this movie who learns to dance in order to impress a girl he loves.

4. In this film, the actor tried out the role of the male antagonist of the film who murders the wife of the protagonist who later pursues him to death.

5. Nawazuddin Siddiqui was seen as Inspector Jaideep Ambalal Majmudar trying to catch a gangster turned MP in the film. Name the movie.

6. The actor was seen as a shady detective named Daya Shankar who helps the film protagonist find his daughter’s rapists.

7. This web series has become one of the highly regarded shows of his career in which he played the role of the main antagonist named Ganesh Gaitonde, who has been missing for 16 years while the police continue to search for him.

8. In this film he played the role of Pushpendra Tyagi who works in Dubai and returns to her hometown to get married and later meets a girl who wants to get married so that she can leave India and settle down. to Dubai. Name it.

9. In this film the actor was seen as a poor young orphan who is interested in golf in order to earn money. Name the movie.

10. Nawazuddin Siddiqui played a small role of a pickpocket who gets caught at the train station and beaten up by the mob in the film. He only appeared in a few scenes of this movie. Name it.

11. The actor has been seen playing a character named Zilgai who is being held for 9/11 by the FBI and upon his return finds it difficult to resume his normal life as a civil rights activist tries to help.

12. Nawazuddin Siddiqui played the role of the supporting role named Aslam Sheikh who arrives in the story as a replacement for another officer and while training, he becomes one of his colleague’s good friends.

a. The lunch box

13. This is one of Nawazuddin Siddiqui’s popular films in which he plays the role of Faizal Khan, a gangster who engages in a wave of murders in revenge on those close to him. Guess the name of the movie.

14. The actor played the role of a poor worker who manages to make his way through a mountain using only a hammer and a chisel. Name the biopic.

a. Manjhi – The mountain man

15. In this film, the actor was seen as an aspiring writer whose script is stolen and later learns that he is somehow reaching a popular Bollywood star who even uses snippets from his script in his film.