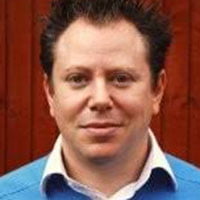 A VoD service claiming to be the world’s first free streaming platform for independent films has been launched in the UK.

The goal of the platform is to expand the reach of films shown at independent film festivals, after which they often become hard to find.

Titles on the platform at launch include Interview with a Hitman, Wu Tang Collection Super Dragon, City Rats, and The Man Inside.

Talents that can be found in the Film Ahoy library include Christopher Walken, Oliver Reed and Kirstie Alley.

Contributing filmmakers will receive quarterly reports on their film’s performance so they can monitor new revenue generated every three months, Film Ahoy said.

“We wanted to create an additional source of income for independent filmmakers and free content for the enjoyment of consumers. By combining great content with short commercials and a low purchase price of £ 1, our model is appealing to the consumer. Why would you want to pirate a movie when you can watch it for free and legally? Said Fisher.

Fisher, who has produced 10 feature films, including Interview with a Hitman, City Rats and The Man Inside, added that he had ambitions to eventually produce films specifically for the platform.