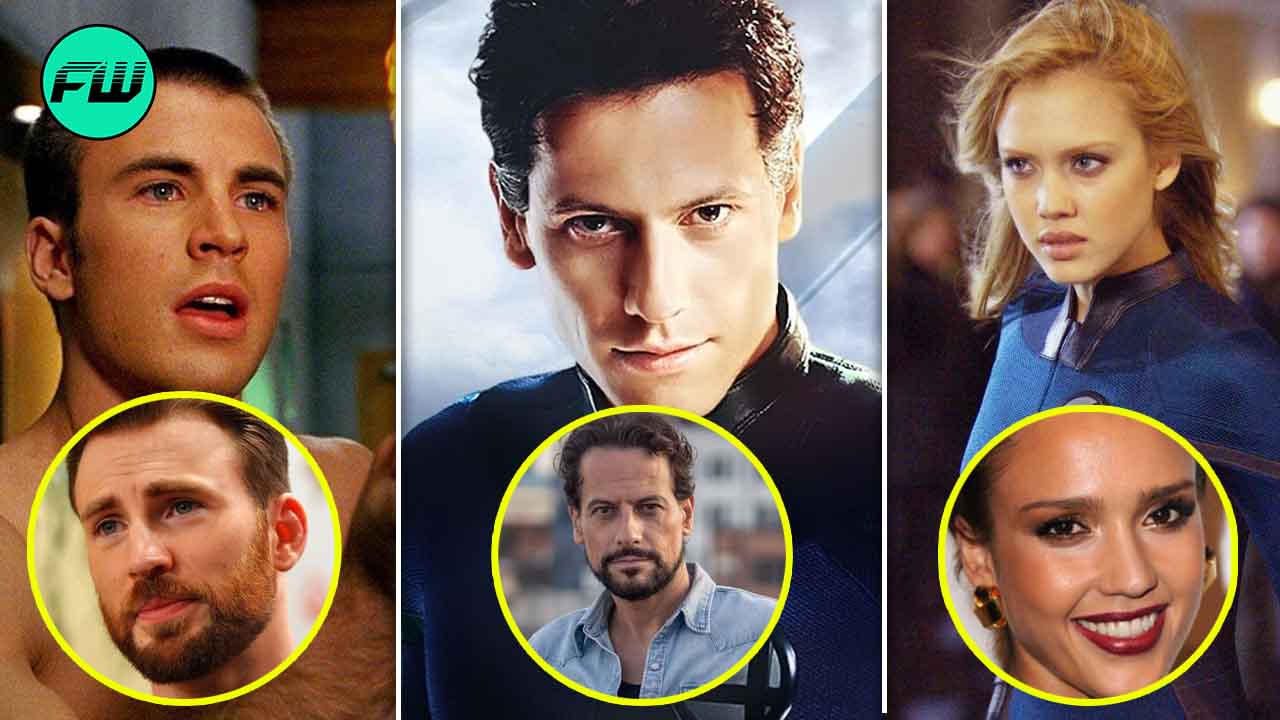 Loan Gruffudd played the character of Reed Richards. This Welsh actor gained public attention after his role as Harold Lowe in Titanic and since then he has been seen in many films such as 102 Dalmatians, Another Life, King Arthur and many more. Currently he is playing the lead role in the Harrow television series.

Sue Storm was played by American actress and businesswoman Jessica Alba. Her first television and film appearance was at the age of 13. The actress is now 40 years old and was most recently seen on the LA’s Finest television series.

Popularly known as Cris Evans, starred as Jhonny Storm in Fantastic Four. He became very popular for his role as Captain America in the MCU. He has also appeared in Fantastic Four, Captain America: Super Soldier, and Discovered video games. The actor is now 40 years old and was last seen in the movie Free Guy and Don’t Look Up. His upcoming films are Lightyear and The Gray Man.

The character of Ben Grimm in Fantastic Four was played by American actor, television producer and director Michael Chiklis. He has often been praised for his work in the film. Recently he can be seen in the movie Don’t Look Up and the Winning Time TV series. He has also appeared in video games such as Fantastic Four and The Shield.

Julian was cast as Victor Von Doom in Fantastic Four. The actor is 53 years old now and can be seen in many films such as Bait 3D, Fire with Fire, You’re Not You, and many more. Recently he did the FBI TV series, FBI: Most Wanted.

He played the role of Leonard in the film Fantastic Four. Hamish is best known for his roles as Matthew Kimble in The New Adventures of Old Christine, Clark Debussy in Legion, and Andrew Keanelly in The Crazy Ones. He is now 45 years old and will be seen in the Gaslit television series which will be released in 2022.

Kerry was seen as Alicia Masters in Fantastic Four. She is an American actress, director and producer. Kerry achieved worldwide recognition for her role as Olivia Pope in the drama series Scandal. She will be seen in Little Fires Everywhere as Mia Warren.

She played the role of Debbie Macllvane in the film Fantastic Four. Debbie is Ben Grimm’s former sweetheart in the film. After the Fantastic Four, she starred in many films such as Silent Hill, Dumb and Dumber To, The Time Of Their Lives and many more. His next film is Fireheart.

Jimmy O’Hoolihan was played by Kevin McNulty in the Fantastic Four movie. He made more television series than films. After Fantastic Four, he was seen in Snakes on a Plane, Code Name: The Cleaner, The Seamstress, Donovan’s Echo, and a few others. Her last appearance was in a TV movie called Bottled With Love.