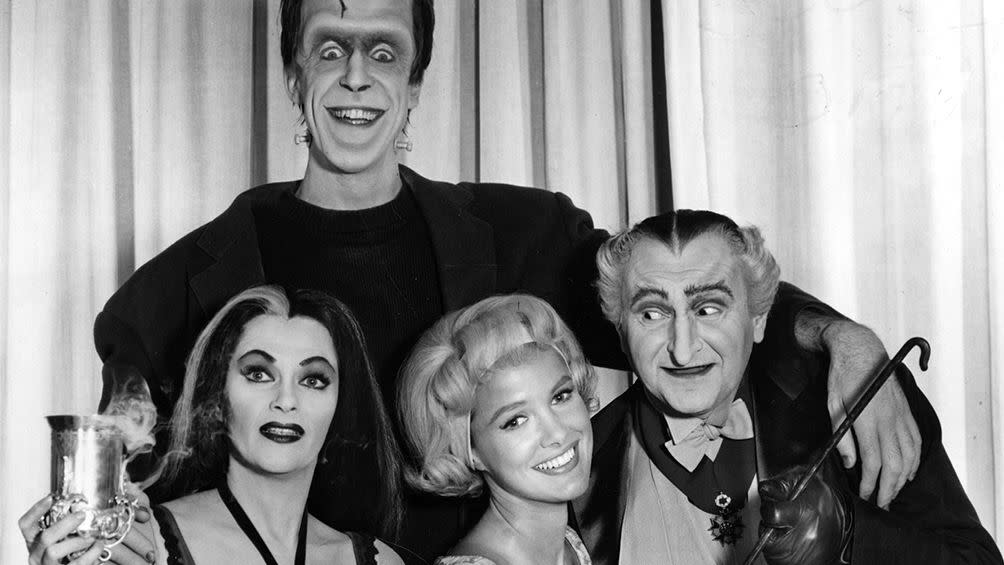 Watch: The Cast of The Munsters the film is unveiled

Director Rob Zombie has shared an update on his upcoming remake of the classic 1960s sitcom The Munsters.

Speaking to his Instagram on Monday, Zombie revealed three of the cast members outside the iconic Munster mansion.

“As Halloween is just around the corner, I thought it was a great time to MEET THE MUNSTERS!” he wrote in the caption of the post.

“Straight from the set in good old Hungary, I introduce Herman, Lily and the Earl sitting outside the newly completed 1313 Mockingbird Lane.”

Along with the wide shot of the cast and set, Zombie also included three close-ups of Jeff Daniel Phillips as Herman Munster, Sheri Moon Zombie as Lily Munster, and Dan Roebuck as Grandpa Munster.

Zombie first announced the project in June, which he is also a screenwriter on.

Like the series it’s based on, the next film will focus on a family of friendly monsters as they leave Transylvania and learn to adjust to life in the American suburbs.

The director has kept his fans in the loop with regular updates on the construction of the set over the past few months, blueprints, and empty land at the Quarter finished late last month.

Read more: The greatest horror movies of all time

He also shared an overview of costume designs, accessories and hair as well as prosthetics.

Zombie fans got excited about this movie with just one handwriting: “Can’t wait to take my son to see the movie at the movies! He’s going to LOVE IT!”

Another person wrote: “I am so excited for this”. A third added: “I haven’t been so ready for a movie release in A LONG TIME. I can’t wait to be there.”

The Munsters has been relaunched twice before with limited success. In the late 1980s and early 1990s, a revival series titled The Munsters today aired for three seasons while in 2012, NBC aired the pilot of a show called Mockingbirds Way which has never been picked up for a serial order.

Venom: there will be Matanza who will beat Spain for the best first film since Star Wars: the Rise of Skywalker