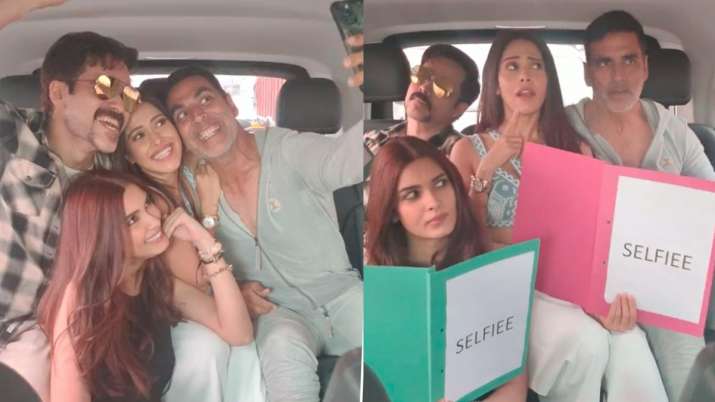 “Welcome two gorgeous and lovely ladies @Nushrratt & @DianaPenty to the #Selfiee family! Sit tight cause it’s gonna be one hell of a ride,” the tweet read.

Bharuccha, who previously worked with Johar in his “Ajeeb Daastaans” production, said she was delighted to join the cast. “Everyone always smiles when surrounded by the best energy! Super excited to join the #Selfiee team,” the 36-year-old actor wrote.

Penty, who currently stars in Dulquer Salmaan’s “Salute,” said she was “super excited to get on this crazy ride.”

The film is the Hindi remake of the 2019 Malayalam film “Driving License”, directed by Lal Jr, which starred Prithviraj Sukumaran and Suraj Venjaramoodu.

The original Malayalam film was directed by Lal Jr from a script by Sachy. It revolved around a superstar (Prithviraj Sukumaran) famous for his racing skills who loses his license. The problem, however, spirals out of control after he locks the horns with an engine inspector (Suraj Venjaramoodu), who happens to be a fan of the actor.

Who is in the Netflix movie?