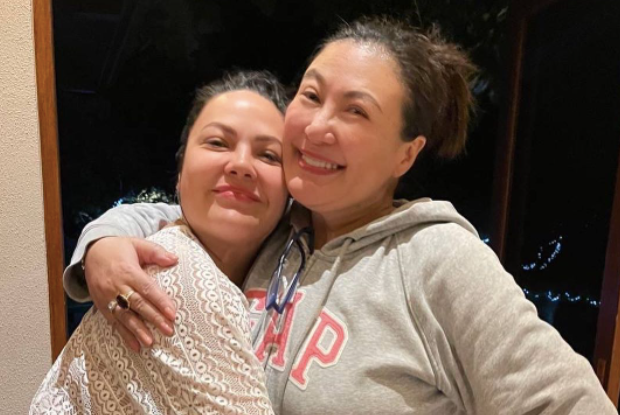 Sharon Cuneta couldn’t help but be proud of her eldest daughter and fellow actress KC Concepcion, who stars in the upcoming Hollywood movie ‘Asian Persuasion.’

The Megastar expressed how happy she was for Concepcion while showing off moments of her child daughter via her Instagram page on Monday, May 2.

” My elder [KC Concepcion] now doing an all-Asian movie, mostly Pinoy Hollywood. Tina (Concepcion), I’m proud of you! Show the world what you got!” she told her daughter, calling Concepcion by her real name, Kristina.

Meanwhile, Concepcion provided insight into her filming days via her Instagram page. She also showed up with her child co-star Scarlett Sher, who plays her daughter in the film.

Concepcion was the second actress chosen to take on the lead role in “Asian Persuasion.” She replaced actress and television host Toni Gonzaga, who left the production due to “scheduling conflicts”.

“Asian Persuasion” is directed by Tony Award-winning producer Jhett Tolentino and written by Mike Ang, who also serves as a producer alongside Tolentino.

The film is already in its 16th day of shooting, having opened in New York last month. It should be released in 2023. /ra

Sharon Cuneta hails KC Concepcion on her 37th birthday: ‘A huge part of my heart is empty without you’

The latest entertainment news straight to your inbox