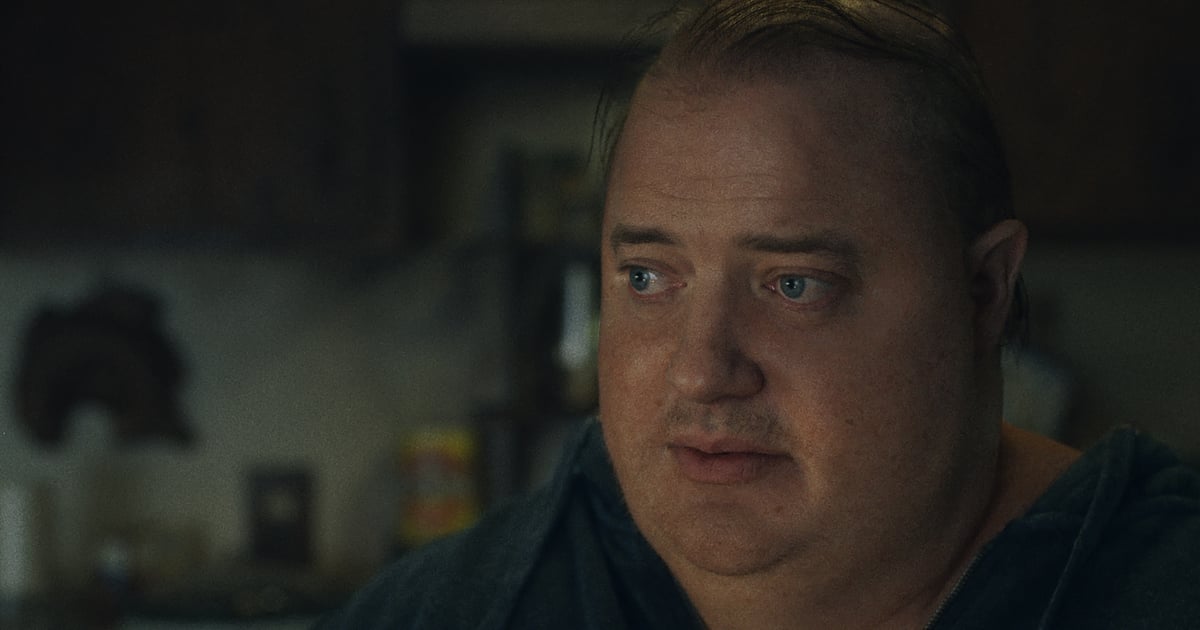 The first photo of Brendan Fraser in the upcoming film ‘The Whale’ has arrived. The film, directed by Darren Aronofsky, is based on the play of the same name by Samuel D. Hunter, who also wrote the screenplay.

“A reclusive English teacher with severe obesity attempts to reconnect with his estranged teenage daughter for one last chance at redemption,” A24 says in a description of the film. In the film’s source material, Fraser’s Charlie left his family for his deceased gay lover. He used binge eating as a way to cope with his grief.

Fraser told Newsweek in 2021 that he used prosthetics and makeup to portray Charlie. “The wardrobe and the costume were expansive, seamless, bulky,” he told the outlet. “It’s certainly a far cry from anything I’ve ever done, but don’t be shy, I haven’t seen any of it yet, but I know it’s going to make a lasting impression.”

Fraser is also set to appear in HBO Max’s “Batgirl” later this year. He will also star in Martin Scorsese’s “Killers of the Flower Moon,” which was originally scheduled for release in 2022 but has been pushed back to 2023.

In a 2018 interview with GQ, Fraser opened up about why his movie career went off the rails for a while. Fraser made a name for himself in action movies like ‘The Mummy’ and ‘George of the Jungle,’ but he told the outlet that all of the stunts have a huge impact on his body. “I think I was probably trying too hard, in a destructive way,” he told GQ. He had to undergo numerous surgeries, including partial knee replacement and multiple back surgeries. His injuries were part of the reason he stepped back from the Hollywood spotlight.

Read on for everything we know about “The Whale” so far.

The cast of “The Whale”

Release date of “The Whale”

“The Whale” will premiere at the Venice Film Festival in September. A24 has yet to announce a theatrical release date.