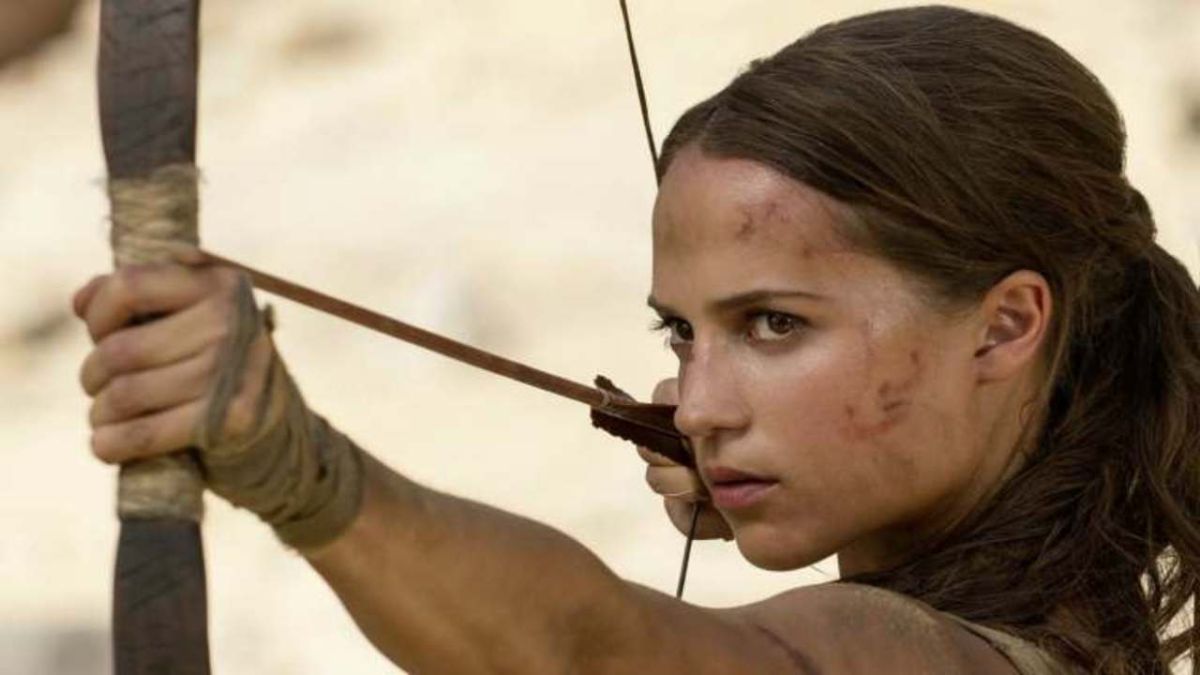 The sketches were shared on Twitter by artist Jake Lunt Davies and appear to show Croft Manor being infiltrated by a group of masked goons. And these guys certainly picked a particularly dark and stormy night to attack Lara’s home. “Lightning illuminates the gardens,” reads the description on one of the signs. They then appear to tamper with the security system and enter the building.

We’re not told who these henchmen are, but it’s safe to assume they’re part of Trinity, the underground organization threatening the world and the utter pain in Lara’s neck in the first film and the trilogy of reboot.

The artist continued with other images that show Lara fending off the attackers. This sequence is reminiscent of the original Tomb Raider movie when Lara, played by Angelina Jolie, defended her home against a group of goons while doing spectacular flips using her homemade bungee setup. When asked if he had more storyboards, Davies replied, “Yeah…I have more!” But added: “I can only share a little at this time.”

The sequel to the Tomb Raider movie starring Alicia Vikander was originally slated for release in March 2021. Unofficially titled Tomb Raider: Obsidian, the movie was to be directed by Misha Green after previous director Ben Wheatley pulled out of the project. Sadly, the sequel has now been scrapped entirely after it wasn’t greenlit by MGM before its May deadline. So it’s back to the drawing board when it comes to another Tomb Raider movie, as a “full reboot” is reportedly in the works with studios ready to engage in a bidding war to bring Lara Croft to the big screen. .

Find out which Lara’s adventures are worth exploring with our selection of best tomb raider games.