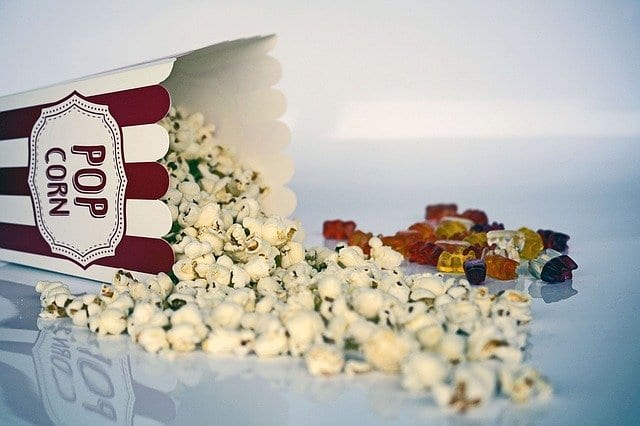 Earlier this week, I written about see Ron Howard’s new adaptation of JD Vance Hillbilly elegy. And since then, I’ve thought how disappointing it is that an otherwise well-made film – with a number of interesting things to say about contemporary American life – is almost certainly rejected out of hand by a large faction of the commentary of modern pop-culture, for whom even the mention source material is some kind of policy misstep. In the midst of it all, I came across a particularly good item by Spencer Rider – quite interesting, published in the radical left publication Negation mag– which captures a number of things to note about the current critical landscape.

Over the years, I have developed the habit of reading a parcel cultural criticism, ranging from Walter Benjamin and Arthur Danto’s dense meditations on fine art to everything Ross Douthat thinks of Quentin Tarantino or a freelance writer to Polygon has to say about The Last of Us: Part II. I like to think and write about ideas, expression and the ways in which themes are communicated indirectly through symbols other than words. But over the past half-decade or so, the genre has become extraordinarily boring and tedious: readers face, in Rider’s words, “a critical landscape that understands what it’s supposed to love without ever understanding why.” Everything is now politicized and criticism is increasingly detached from the real artefacts it is supposed to assess.

Rider focuses his analysis primarily on cinema, noting the rise of “films devoid of significant politics but which only exist in the minds of critics as political signifiers” – like that of 2016 ghost hunters remake, Star Wars: The Last Jedi, and Joker. These films, whatever their content, have become crop war footballs thanks to a hyperactive online ecosystem looking for new signage tools. But I would go further than Rider and I would say that this pathology is not limited to film criticism: it has infected the entire field of cultural writing.

The cycle of pop culture criticism tends to follow a predictable pattern. First of all, a cultural artefact – a book, a movie, a video game, a long-running newspaper article – is published with wide approval. Second, there is inevitably a backlash, shattered at the intersection of pure contrarianism and cash-strapped media looking for hateful clicks. (Some examples that immediately come to mind are those of Damien Chazelle La La Land, Donna Tartt’s The goldfinch, and software Sekiro: Shadows Die Twice.) Third, among people whose job it is to write about such things, the underlying work is permanently marred by the backlash, so that it becomes impossible to refer to the underlying project in the years. following without some tut-tut mention of the environment. “controversy” that emerged (although that controversy boiled down to a handful of anonymous accounts saying sarcastic things on Twitter).

Significantly, I have no idea at all that this “backlash” would occur if works like La La Land, The goldfinch, and Sekiro were not all really irresistible artistic creations (although I’m too bad at video games to play so many Sekiro as I would have liked). They all have something interesting and potentially disturbing to say about the world, and as a result, they are all deeply memorable. You could pass them on to your children in 2030, and the underlying principles would still resonate.

But what if shade isn’t really your thing? The critical response cycle looks quite different for content with an overtly political message – at least, when it sits roughly in line with the center-left consensus among cultural journalists. Do not believe me ? Here’s an example: I read somewhere that one of the main exclusives of the renowned streaming service “HBO Max” was a movie called Not pregnant, about a pregnant teenager fleeing a state with restrictive abortion laws and taking a road trip to a more progressive northern state. At a glance, I tried to predict the “Tomatometer” score of this film, that is to say the percentage of reviews on the aggregator site. Rotten tomatoes which gave the film a favorable review. I went down to 92%. When I checked my work, the Real World Tomatometer read 89%. I was only 3%.

I don’t really think it’s a sign of a healthy critical environment when I can predict which material will be “approved” and “disapproved” on the basis of topic alone. But I recognize that everyone has their biases and that the field of journalism has historically taken a more progressive direction. (In addition, in the Not pregnant in case there’s probably a selection bias going on – what “conservative” outlets will review a movie like this?) That’s what it is.

What worries me much more is the idea that any cultural product that is not explicitly didactic – and didactic in the correct way – is inherently suspect, forcing the reviewer to comb through it to find something “problematic”. This is, I think, a big part of why the genre of cultural criticism has become so tedious to read: if a cultural product is interesting at all, it will be. possible– if that is not necessarily plausible – to interpret it in a way that is offensive to someone’s sensitivity.

It should be noted that a few months ago I wrote about the value of black and white morality in the stories we tell, versus the ubiquity of morally troubled antiheroes. I still think… I don’t mean “more ambiguity” is the answer to boring moralism. Rather, what I’m saying here is that just because a story clearly reflects the moral framework of its creator that it has to turn into a screed on a particular set of political concerns. The Lord of the Rings is a nice black and white story, but it obviously doesn’t preach a particular message to the viewer (except maybe against anti-industrialization).

The critical point is that the stories value telling contains a thematic core that, presumably, will make sense for generations beyond this, as opposed to simply trying to galvanize the viewer to support a specific cause over the next couple of years. And yet, much of cultural writing increasingly seems to reflect the view that works can only be “relevant” – or even worth creating – if they do.

This is one of the reasons why, speaking for myself as a writer, I indeed find it very liberating to work in the Christian tradition, because living as a Christian is an invitation to try to adopt an “eternal gaze” towards the world, and to be free to comment on real things wherever they may be, without feeling major pressure to appease a particular faction or line up behind a single (constantly evolving) political project. And because of that, I can recognize that there is a deep beauty in works like sorry to disturb you and Portrait of a Lady on Fire whether or not I share the specific political visions of their creators. This beauty exists because it taps into truths about the human condition that do not easily collapse in this immediate historical moment.

In terms of getting the culture of writing out of its rut, I’m not sure there are any obvious solutions. Maybe that just means pulling writers off Twitter and stopping short-sighted snowballs from picking up speed. Or maybe it’s about refusing to play ball with algorithms designed to amplify incendiary catches (another advantage of being independent: no pressure to satisfy advertisers demanding high click-through rates!). Or maybe it just means watching the slow-motion collapse of traditional outlets, as audiences grow weary of being hassled.

In the meantime, those of us who have not committed to seeing all creativity as mere power plays will continue to move forward.

Listen to a new song from the movie The Prom; Cast album release date | Broadway Buzz